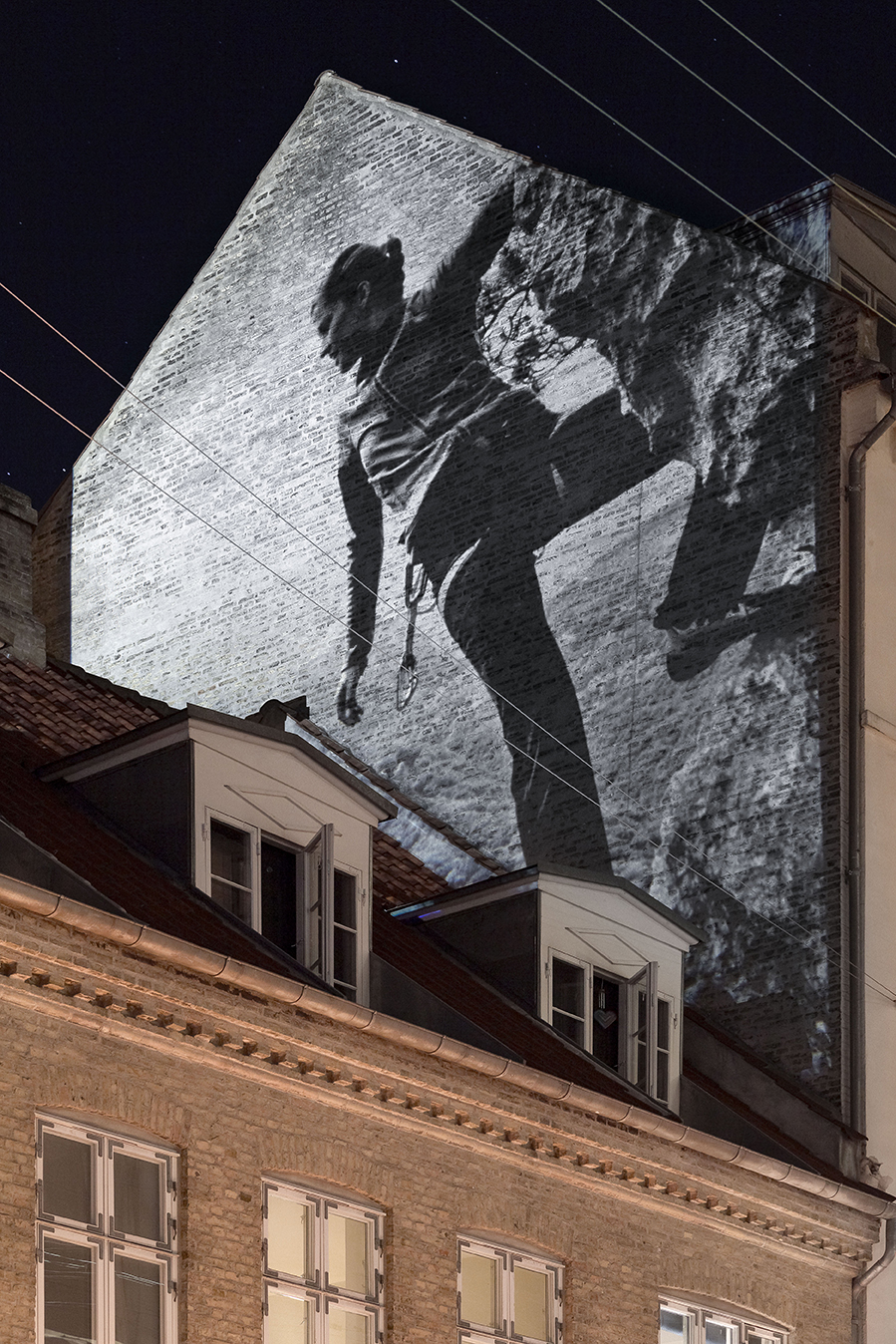 The private sphere met public space when pictures from photo albums were projected onto buildings in Abel Cathrines Gade and Viktoriagade streets.

The aim of the project was to make the residents of the quarter visible, and make their private photo archives visible to one another. Images streamed out of the windows of individual apartments on Abel Cathrines Gade and Viktoriagade onto the walls opposite. There were 50 projections in all, together with an inviting, luminous photographic installation. Several aspects were in play: a specific visual output, with which Inside Out turned the buildings inside out; but also a social aspect, in which the residents turned themselves inside out — which images did they chose to show, and how did people on Abel Cathrines Gade and Viktoriagade see themselves and the world in 2009?*

*INSIDE OUT was part of an Open Call project initiated by the Danish Arts Foundation’s Committee for Art in Public Space.