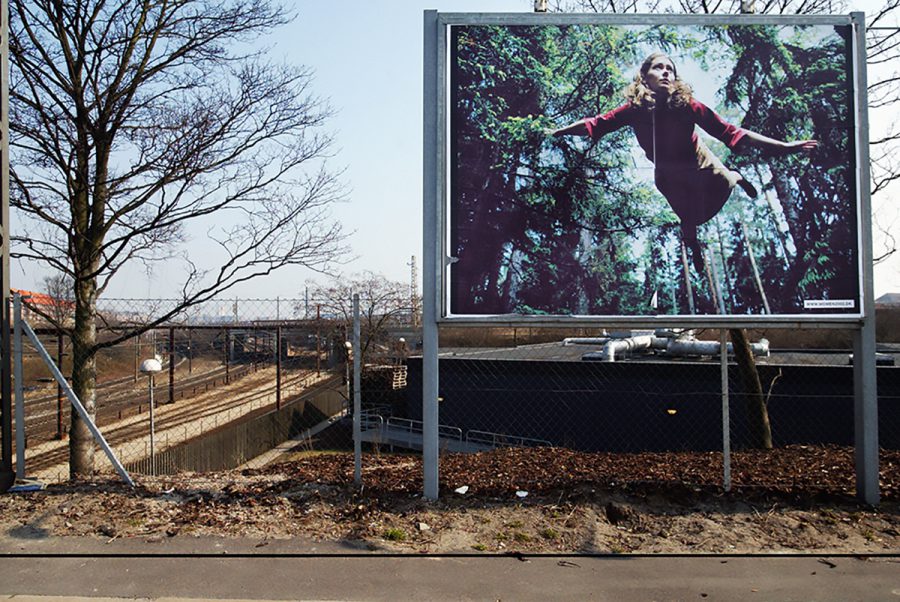 In the spring of 2003 a different image type of women than the usual, stereotypical advertising images created at the intersection of advertising and pornography, could be seen on the periphery of the city.

For a period of two weeks, 100 female artists from all around Scandinavia showed their photographic works on 100 billboards at intersections, motorway exits, railway stations, and in the city’s many underground car parks. Billboards have monumental and great visibility in public space, and were therefore the ideal medium for a project which aimed to establish new experiences in the interaction of women and space. The underlying aim of the project WOMEN2003 was to draw a more diverse and nuanced picture of women in public space, and in this way take up a direct and confrontational dialogue with advertising’s predictable depiction of women.

The point of departure for all the participants was the billboard format 333 x 236 cm and the use of photography.

The complexity of the city and its constantly changing atmospheres were likewise important impulses for the project, and shaped, so to speak, an overarching choreography for WOMEN2003, in which the placement of the individual images played an important role.